The theme of my research is to understand how fish use vision to recognize both animate and inanimate objects in their environment. My current research is focused on determining how fish cope with changes in the appearance of objects during motion. Recognition of 3D objects can be a difficult task as the appearance of some objects can change drastically depending on the angle from which they are viewed. Recognition during motion presents a particularly challenging problem as the appearance of an object is continuously changing. This is a particular issue for animals that use landmarks to navigate. For fish, this problem may be further compounded by the fact that, unlike surface-bound animals, fish can freely move vertically, which could potentially increase the number of approach views to an object. Using behavioural experiments I am exploring what adaptations fish have to ensure landmark recognition is both fast and accurate.

I obtained my BSc in 2007 at Dalhousie University, Canada. In 2008 I moved to Brisbane, Australia, and worked within several research groups at the University of Queensland as a research assistant. During this time I conducted research on the visual ecology of coral reef fish with Dr Karen Cheney and Prof. Justin Marshall, the effect of parasites on coral reef fish with Dr Alexandra Grutter and the role of body colouration in reef fish dominance hierarchies with Prof. Trond Amundsen. I then began a Ph.D under the supervision of Dr Ulrike Siebeck and Prof. Guy Wallis at the University of Queensland. My Ph.D research focused on testing whether fish could learn complex behavioural tasks, such as abstract concept learning, which are typically only associated with mammals with comparatively large brains. I was awarded my Ph.D in 2015. 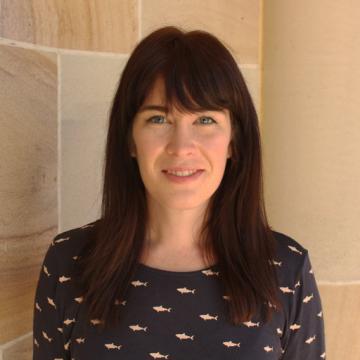